1. Wilco – “I Might”
from: The Whole Love / dBpm Records – Epitaph Records / Sept. 23, 2011
[8th album by Chicago based band was formed in 1994 by the remaining members of Uncle Tupelo following Jay Farrar’s departure. Wilco’s lineup has changed frequently, with only singer Jeff Tweedy and bassist John Stirratt remaining from the original incarnation. Since early 2004, the other current members are guitarist Nels Cline, multi-instrumentalists Pat Sansone and Mikael Jorgensen, and drummer Glenn Kotche. Wilco has released 8 studio albums, a live double album, and three collaborations: two with Billy Bragg, and one with The Minus 5. Wilco will be in concert at The Uptown Theatre on Sat. Dec. 3, at 8:PM the show is Sold Out.] 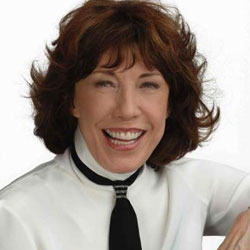 Lily Tomlin was born in Detroit, MI and was originally headed for a career in medicine until elective courses in theater arts compelled her to leave college to become a performer. Over a 40-year career Tomlin has won two Tonys, two Peabodys, six Emmys, a Grammy, the Drama Desk and Outer Critics Circle awards, plus the Mark Twain Prize for American humor. She has made 18 films and was nominated for an Oscar for her debut in Robert Altman’s “Nashville.” Tomlin lives in Los Angeles with her partner, writer Jane Wagner.

Mark Interviewed Lily Tomlin in a 30 minute segment that was recorded Tuesday, November 15, by phone with Lily Tomlin calling in from Los Angeles.

Lily Tomlin, will be appearing in Kansas City at The Muriel Kauffman Theatre at the Kauffman Center for the Performing Arts, Sunday, November 20, at 7:00 PM. For more information kauffmancenter.org or 816-994-7222.

7. Someone Still Loves You Boris Yeltsin – “Yellow Missing Signs”
from: Tape Club / Polyvinyl / October 18, 2011
[Someone Still Loves You Boris Yeltsin are prolific songwriters despite only having released three albums in their 10-year history. In the summer of 2011, the band went through their archive of over 100 songs and picked out the cream of the crop for a truly unique double album that encapsulates the entire band’s career.]

10. Baby Teardrops – “Lucky 7 (Remix by Brik Mason of NYC)”
from: X Is For Love / Golden Sounds Records / November 15, 2011
[KC native and former Doris Hensom leader, Matthew Dunehoo new band, formed in NYC with Megan Thomas and Gerry White. Kansas City’s own Golden Sounds Records recently announced they were reissuing “X is for Love” on November 15th in digital, CD, and for the first time, vinyl formats. The release will also include exclusive remixes of album tracks. the Vinyl release party is Friday, November 25 at The Brick, 1727 McGee, Kansas City, MO with Olivetti Letter opening the show.]

11. Brewer & Shipley – “People Love Each Other”
from: One Toke Over The Line: The Best of Brewer & Shipley / Buddha Records / Aug 7, 2001
[from their 1969 release WEEDS. The duo has released 12 albums and continued to tour together, part time. At present, Michael Brewer lives outside of Branson, Missouri. Tom Shipley lives in Rolla, Missouri, where he is part of the staff of Missouri University of Science & Technology (formerly the University of Missouri – Rolla). He is manager of distance learning, video, audio, and other special video productions for the university.]

Marc Shipley, son of Tom Shipley of the musical folk-rock duo: Brewer & Shipley. Marc Shipley joins us to discuss Occupy KC which was inspired by Occupy Wall Street is an ongoing series of demonstrations in New York City, based in Zuccotti Park on Wall Street. These protests were inspired by the Arab Spring movement, especially Cairo’s Tahrir Square protests. Occupiers are protesting social and economic inequality, corporate greed, as well as the power and influence of corporations, particularly from the financial service sector, and lobbyists over government. in under 2 months, hundreds of thousands of people have demonstrated in over 900 cities. Occupy KC set up their site, on Sept. 27, 2011, at 1 Memorial Drive near the Federal Reserve Bank of KC, just south of Liberty Memorial.

The Occupy Wall Street protests seem to have entered a new phase as officials in several cities have moved in to clear camp sites and ban tents.

In New York City, the Occupy Wall Street headquarters at Zuccotti Park thinned considerably overnight after a judge ruled that the ejected protesters could return but without their camping equipment and tarps. Police even stopped people from bringing blankets into the lower Manhattan park. About 25 protesters stayed in the park overnight, but they were outnumbered by police and sanitation workers, WABC-TV reported.

How did you get involved in OccupyKC?

The organizational structure: horizontal, transparent, consensus-based process during our General Assemblies, and you are encouraged to participate. The Occupiers are quick to note that this is a movement with no official leaders or titles. The is a community, consensus approach to decision making, planning.

GENERAL ASSEMBLIES (GAs) are held every night at 6:30pm. Everyone is welcome. Times for other events are on the Calendar. The group has joined with labor leaders, and activists and community members from a wide range.

November 17th is a national day of action against policies that have enriched the 1% while impoverishing the 99%.

Occupy KC askes, How can we continue to bail out the rich and prop up corrupt corporations when we have 30 million unemployed and underemployed Americans? Our roads are crumbling. Our sewers are rotting. Our schools are falling apart! How can we afford to keep blowing up infrastructure in overseas wars of aggression, and spend $44.6 billion in taxpayer funds on rebuilding Iraq, when so much work needs to be done here at home?

On November 17th Occupy KC will declare an Economic Emergency for the 99%. People in KC and in 35 other cities across the country will gather at structurally unsound bridges and other decaying infrastructure sites to demand that America stop enriching the 1% at the expense of basic needs that benefit all. It’s time to get America back to work. We call on Congress to create job growth, cut foreign spending, and make Wall Street pay.

12. John Prine – “Your Flag Decal Won’t Get You Into Heaven Anymore”
from: The Singing Mailman Delivers / Oh Boy Records / October 25, 2011
[2 CD archive collection of John Prine’s earliest recordings, taped a year before his debut album in August 1970 at WFMT studios in Chicago. These songs were recorded immediately after John’s interview with the legendary Studs Terkel. Disc Two is a live set from November 1970 at Chicago’s Fifth Peg. In 1970 and 1971, John Prine was a young guy working at the Post Office in Maywood, IL. While walking his route everyday just outside of Chicago, he was making up rhymes and songs to break up the boredoml and writing down the words on his lunch break.]

13. Peter Murphy – “Velocity Bird”
from: Ninth / Nettwerk Productions / June 7, 2011
[Former Bauhaus frontman and Alt-Rock pioneer, his first studio album in seven years. Peter Murphy will be in concert on Sun, Nov 27, at The Beaumont Club w/ She Wants Revenge. TICKETS TO GIVE AWAY!]

14. Mr. Marco’s V-7 – “When the Good Foot of God Kicks You in the Butt…Keep Dancin'”
from: Spaceraser / Independent / April 28, 2003
[Drummer Kent “Precious Metalz’ Burnham, bassist Johnny “License Bolt” Hamil, guitarist Marco “Hair Party” Pascolini and console/steel / Theremin / moog man Mike “Creeping Death” Stover joined us on WMM way back on February 16 to talk about there 2011 release “Sparkin your Mama.” Mr. Marco’s V-7 will be in concert this Saturday, November 19, at Davey’s Uptown with The Brannock Device and Wyco Lowriders which feature more bass players than you’ve ever seen in one place!]

15. Barclay Martin Ensemble – “Lights & Sound”
from: Pools That Swell With The Rain / Independent / September 24, 2010
[Barclay Martin will be in concert, Saturday night, November 18 at the “R” Bar. Info at: BarclayMartin.com.]

16. Marketa Irglova – “Go Back”
from: Anar / Anti Records / October 7, 2011
[Solo debut from one-half of the Irish duo The Swell Season and co-star of the motion picture Once. Now at 23, she decided to branch out on her own after relocating to NYC and while The Swell Season were on hiatus.]