Our 14 Favorite Singles of 2014
+ Michelle Bacon of Deli Magazine KC
+ Dolls On Fire! 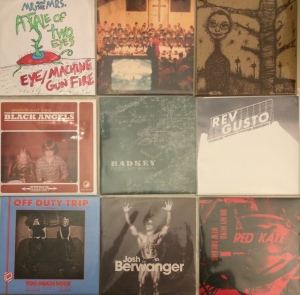 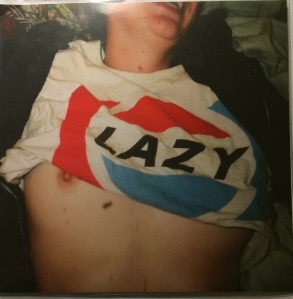 (12.) 3. Outsides -“Pastures”
from: Outsides [Single] / Timothy Ellis/ May 28, 2014
[On June 6, 2014 Outsides released the Debut EP Million] [Outsides is Tim Ellis. The Chicago Tribune called his performance at Lollapalooza: “transcendent,” motivating Ellis to dedicate himself to his new project, Outsides. Having relocated from Chicago to his boyhood home of Kansas City, Tim found himself recording in his bedroom, writing guitar parts that were sampled and woven together with synthesizers. When Outsides plays live the band includes: Tim Ellis (guitar, vox); Bronson Kistler (keys, bgv); Ryan Shank (drums); Ian Shea (bass, bgv).]

(10.) 5. Kristie Stremel – “Love Makes A Family”
from: Love Makes A Family – Single and Book / Stremeltone / Sept 6, 2014
[Described as “Joan Jett & Tom Petty’s love child,” and armed with her guitar, fueled by coffee, and over 75 published songs, singer, songwriter, producer, rock & roll mom, Kristie Stremel has had a very busy year. Last October, 2013 Kristie and her partner, Lori Isabell, welcomed their adopted baby son, Charlie, into their family. In April Kristie released her 6th solo record, and the 9th full-length release of her musical career of over 20 years. Released on her own label, Stremeltone, it was Kristie’s first self-produced album. This Summer Kristie went to work producing a new full length CD and book called “Wildflowers,” a compilation of 14 original songs & 5 poems for and about children, illustrated by Blue Haas. In September Kristie released a new single, “Love Makes A Family” with read-along book. She wrote the song for her son Charlie in an effort to explain the importance of family and to help celebrate the diversity in families today.] 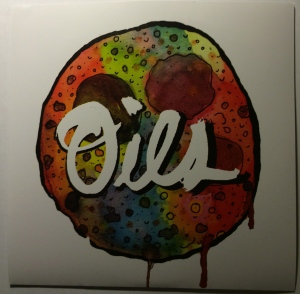 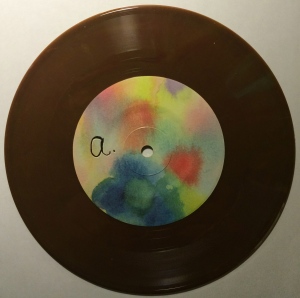 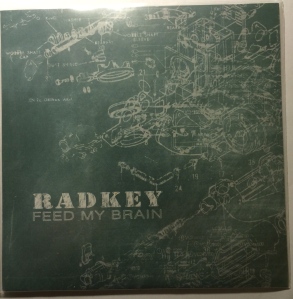 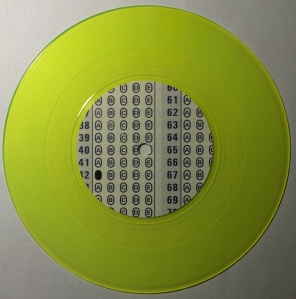 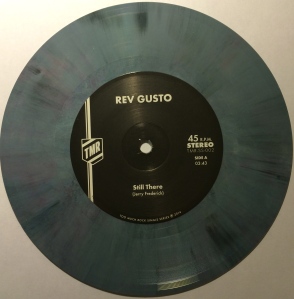 (7.) 8. Rev Gusto – “Still There” (Vinyl)
from: Too Much Rock Single Series No. 002 / Too Much Rock / 2014
[Written by Jerry Frederick on Vocals & Guitar, with brother Sam Frederick on bass, Shaun Crowley on lead guitar and keys; Peter Beatty on guitar & back-up vocals; Quinn Hernandez on drums, Recorded with and engineered by Joel Nanos at Element Recording. Rev Gusto has signed with High Dive Records and will be putting out a full length very soon!]

Too Much Rock is a music blog site created by Sid Sowder in 1997, as a place where he could document his life as it relates to music. Sid posts his photos and videos and comments of the live music shows he attends. The site is not created as a for profit venture. While he askes that folks not steal his pictures, the watermarked ones are all available via a Creative Commons Attribution-Share Alike License, and as long as you give him proper credit. His pictures appear on hundreds of bands websites and press kits and magazines.

The Too Much Rock Single Series is a collection of 45 RPM songles that marry great songs with great bands all for the love of vinyl. Each old-school two-song single features one unique song pared with one cover chosen by Too Much Rock. 500 limited edition copies are pressed and given to the band, to sell as merchandise at shows and at local record stores. 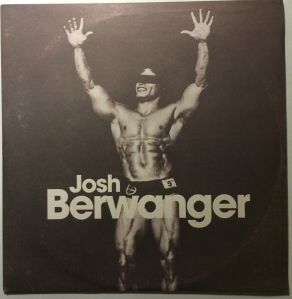 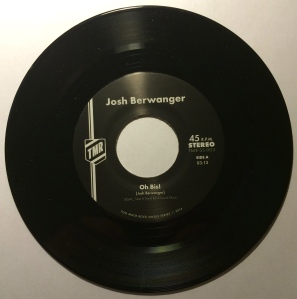 (6.) 9. Josh Berwanger – “Oh Bis!” (Vinyl)
from: Too Much Rock Single Series No. 003 / Too Much Rock / June 3, 2014
[Recorded and engineered by Joel Nanos at Element Recording. From Berwangermusic.com: “Josh Berwanger made a name for himself as a member of The Anniversary, a Kansas band that released two albums (2000’s Designing a Nervous Breakdown and 2002’s Your Majesty) and selling over 100,000 records before imploding in a breakup of Fleetwood Mac-style proportions while attempting to tour Japan. Undeterred, Berwanger put together a new band—a country-rock outfit called The Only Children–and would go on to release two criminally underrated records (2004’s Change of Living and 2007’s Keeper of Youth) before pulling the plug on that project and taking a job doing the next most logical thing possible– coaching high school basketball in Lawrence. For his 2013 release Strange Stains, Berwanger joined forces with old pal and original drummer for The Anniversary, Michael Hutcherson. “Josh and I met in 1996 while playing in local KC pop punk bands,” recalls Hutcherson, “I am honored to be making music with Josh again. For all that’s changed in our lives over the years, we’ve still got a symbiotic musical relationship. No questions, no egos, just rock & roll.”] 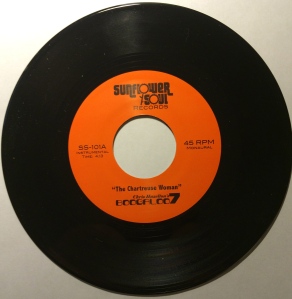 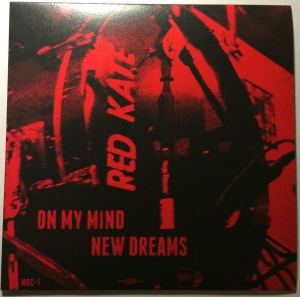 (4.) 11. Red Kate – “On My Mind”
from: Red Kate & The Bad Ideas – Split 7″ / Mills Record Company / May 31, 2013
[KC based Punk band Red Kate is a 4-piece that has been rocking venues since 2007. Bassist and lead vocalist L. Ron Drunkard, Andrew Whelan on drums, vocals; Brad Huhmann on guitar, Desmond Poirier on guitar, vocals. Red Kate and The Bad Ideas have joined forces to release a new Split 7” Single. Just released as The Bad Ideas head out for a 3 week east coast tour. Engineered by Duane Trower at Weights and Measures Soundlab in Kansas City. Premiere vinyl release on the “Mills Record Company” label.] 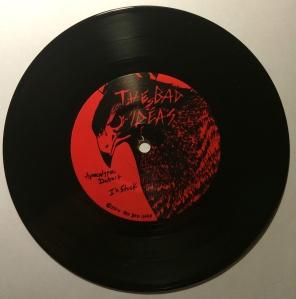 (3.) 12. The Bad Ideas – “Apocalypse Detroit”
from: Red Kate & The Bad Ideas – Split 7″ / Mills Record Company / May 31, 2013
[The Bad Idea’s full length debut, Lesson #1, was on our list of The Best Recordings of 2013. Their EP, Worse Thoughts, was one of our favorite recordings of 2012. The Kansas City based punk band, was formed in October 2011. Driven by original songs and influenced by post-hardcore, punk, and early pop punk. Breaka Dawn on lead vocals; Britt Adair on guitar, back-up vocals, Caitlin Curry on bass, back-up vocals, George Magers on drums. The Bad Ideas joined us last on May 28, 2014. Red Kate and The Bad Ideas have joined forces to release a new Split 7″ Single. Just released as The Bad Ideas head out for a 3 week east coast tour. Engineered by Duane Trower at Weights and Measures Soundlab in Kansas City. Premiere vinyl release on the “Mills Record Company” label. 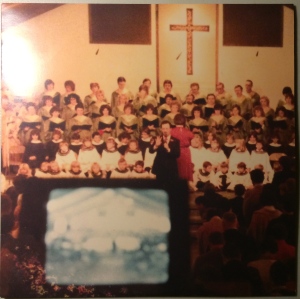 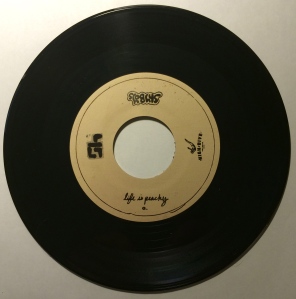 (1.) 14. The Philistines – “Heart Like Candy”
from: The Philistines EP / Independent / March 2014
[The Philistines are a KC based rock ‘n roll/pop band with a psychedelic bent, made up of: Kimmie Queen on lead vocals; Cody Wyoming on lead guitar and vocals; Rod Peal on guitar; Michelle Bacon on bass; Josh Mobley on keyboard, Steve Gardels on drums. Recording produced by Dedric Moore and Cody Wyoming.]

[The Philistines play The Brick on Fri, Nov. 28 with The Von Hodads, and Holy White Hounds.]

Michelle Bacon is Editor-in-Chief of The Deli Magazine – Kansas City. She has worked as a music reviewer for Ink Magazine, and column writer for The Kansas City Star. Michelle maintains web/social media presence for Midwest Music Foundation. and works with Folk Alliance International. As Editor of The Deli, she helps spotlight local musicians and happenings in the Kansas City music scene. Michelle is also a member of three Kansas City bands: The Philistines, Drew Black and Dirty Electric, and Dolls on Fire.

(4.) 16. Cadillac Flambé – “Shakin’ Baby”
from: Old American Law / Little Class Records / June 14, 2014
[Third release from Kansas City’s delta darlings, Cadillac Flambé, have been breathing new life into the Americana scene with their rejuvenating tumble boogie. Rooted in the solitary country blues of Leadbelly and the urban grit of John Lee Hooker, they till in the harmony of Johnny & June Cater and combine the funk punk blues brandish of The Black Keys, conjuring up their own explicit type of roots music they like to call “Blue-Eyed Americana Psychedelic Soul.” Their 2013 release Movin’ On was a collection of recordings memorializing the loss of their harmonica player, James “Pappy” Garrett, a follow up to their 2011 release, Eli’s Porch. From their humble farmhouse beginnings, husband/wife duo Kris & Havilah Bruders, drummer Mike Payne and bassist Dr. Dave Duly are bound and determined to open the sonic flood gates.]

(3.) 17. The Sluts – “Linger”
from: The Loser EP / Independent / July 8, 2014
[All songs written by The Sluts. The Sluts are Kristoffer Dover and Ryan Wise. Recorded, mixed, and mastered by Joel Nanos at Element Recording Kansas City, MO. The band is the winner of the 2014 Pitch Music Award for Best Punk Band]

20. Dolls On Fire – “We are the Lucky Ones”
from: Synesthesia / Independent / December 12, 2014
[Recorded by Duane Trower at Weights and Measures studio. Zach Hodson on lead vocals & guitar, Rachel Jaggard on lead vocals & keys, Michelle Bacon on bass, Ben Byard on keyboards & vocals, and Mark Johnson on drums.] 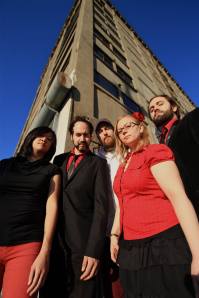 The synth-pop-rock band, Dolls On Fire released their debut album in November of 2012. “Ladies and Gentlemen…” was in our 112 Best Recordings of 2012. Dolls on Fire include: Zach Hodson on lead vocals & guitar, Rachel Jaggard on lead vocals & keys, Michelle Bacon on bass, Ben Byard on keyboard & vocals, & Mark Johnson on drums. Dolls on Fire, returns to WMM to share music from their new LP release “Synesthesia” to be released in Kansas City on Dec. 12. Dolls on Fire play Davey’s Uptown, Sat, Nov 22, w/ Kawehi Riddles, and Rob Rice, in a benefit for Mosh Pit & The Rescue Project. Dolls on Fire play Davey’s Uptown, Fri, Dec 12, w/ The Philistines and Pedaljets, celebrating the 10th Anniversary of WMM.

from wikipedia: Synesthesia (also spelled synæsthesia or synaesthesia; from the Ancient Greek σύν syn, “together”, and αἴσθησις aisthēsis, “sensation”) is a neurological phenomenon in which stimulation of one sensory or cognitive pathway leads to automatic, involuntary experiences in a second sensory or cognitive pathway. People who report such experiences are known as synesthetes.

In one common form of synesthesia, known as grapheme → color synesthesia or color-graphemic synesthesia, letters or numbers are perceived as inherently colored. In spatial-sequence, or number form synesthesia, numbers, months of the year, and/or days of the week elicit precise locations in space (for example, 1980 may be “farther away” than 1990), or may appear as a three-dimensional map (clockwise or counterclockwise).

Recorded by Duane Trower at Weights and Measures studio.

Next week on November 26 – Tim Willis joins us as “Guest DJ” in our first hour, at 11:00 we welcome our friend Kasey Rausch, on her birthday!!! Kasey Rausch will share music from her brand new full length recording “Guitar In Hand.” Guitar in Hand is being released through Mudstomp Records with a special Album Release Show in the Gospel Lounge at Knuckleheads, November 21, a living Room Session at Knuckleheads