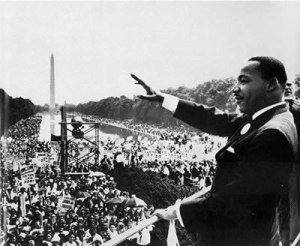 Wednesday MidDay Medley celebrates Dr. Martin Luther King, Jr., born January 15, 1929. Dr. King led the 1955 Montgomery Bus Boycott and helped found the Southern Christian Leadership Conference in 1957, serving as its first president. King’s efforts led to the 1963 March on Washington, where King delivered his “I Have a Dream” speech. In 1964, King became the youngest person to receive the Nobel Peace Prize for his work to end racial segregation and racial discrimination through civil disobedience and other non-violent means.

By the time of his death, Dr. King had refocused his efforts on ending poverty and opposing the Vietnam War, both from a religious perspective. Dr. King was assassinated on April 4, 1968, in Memphis, Tennessee. He was posthumously awarded the Presidential Medal of Freedom in 1977 and Congressional Gold Medal in 2004. Martin Luther King, Jr. Day was established as a U.S. national holiday in 198I.