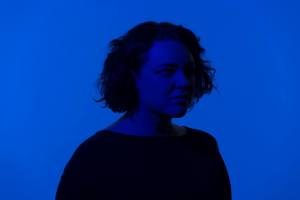 Katlyn Conroy is the winner of a 2013 Pitch Music Award for best songwriter. Katlyn Conroy was a member of the band Cowboy Indian Bear, and has been releasing and performing her own songs as La Guerre, since 2009. Playing sometimes solo, and also as a 4-piece band. La Guerre’s newest album, Sapphires, was released January 20, 2015, by The Record Machine. La Guerre plays The Bottleneck, in Lawrence on Saturday, August 29, with Pink Royal, and Not A Planet. More info at: http://www.katlynconroy.bandcamp.com.