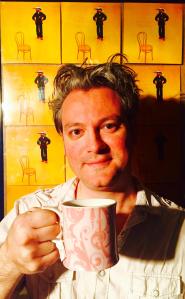 At 11:15 Mark talks welcomes Lawrence, Kansas based singer-songwriter, Til Willis. Til Willis has released 12 full-length albums, 5 EPs, and multiple singles. He has toured both solo and with various bands through the country, sharing stages with the likes of Pete Seeger, The Subdudes, Ronny Elliott, and Fainting Goats. In 2012 he formed Til Willis & Erratic Cowboy a band that has been described as “alternative, indie, roots-rock, and tin-roof-rain-water-future-rustic-bop.” Til Willis & Erratic Cowboy released their new EP Habit of Being, on April 29, 2016, electronically and on vinyl. Til Willis & Erratic Cowboy play Josey Records, 1814 Oak St, Kansas City, Missouri, on Friday, May 13 at 7:00 PM. More info at http://www.tilwillis.net