The Sound & Vision of Rod Parks 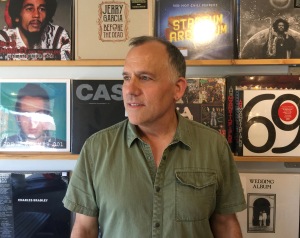 Rod Parks is owner of Retro Inferno. Rod serves on the board of directors for Owen Cox Dance Group and he is a long-time supporter of area artists and musicians. Rod lives in the Bruce Goff “Nicol House” commissioned by Jim & Betty Nicol in 1964, where Rod hosts fundraisers and house concerts. Rod Parks grew up in Smithville, Missouri, and started playing drums when he was 11. Rod graduated from the University of Missouri in Columbia with a bachelor’s degree in marketing education and completed master’s degrees in education in 1993. Throughout these years Rod played drums in bands, worked in the grocery store business, and taught high school for ten years. Rod was accepted into the UMKC doctoral program in counseling psychology, and finished coursework for the PhD in 1996. Rod started buying mid-century modern furniture in the mid 1990s. Through his research he accumulated a warehouse full of mid-century designer furnishings. In June of 1998, Rod opened his first store at 1712 Main, and in march of 2004, Retro Inferno moved to its current location at 1500 Grand Boulevard. More info at http://www.retroinferno.com