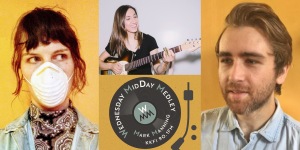 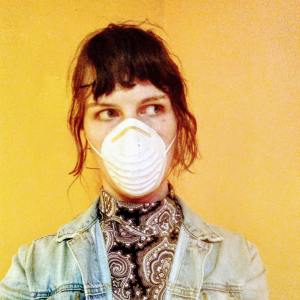 At 10:30 Ingrid Ingram joins us live in our 90.1 FM Studios. Ingrid Ingram is a trans-femme musician who uses samples and traditional instruments to create erratic and dreamy soundscapes. On March 8, 2020 Ingrid released her debut full length album, “Worried,” where she explores glam-punk, touching on themes of paranoia, addiction, narcissism and commodified identity in a capitalist society. Prior to this Ingrid has released three singles from “Worried,” plus her EP “Inside Outside” from January 2017, and “Noises And People” from February 2016. Many of the sounds used in these previous two releases were recorded on a phone during a two-year period of travel around the United States and stitched together on friends laptops. Ingrid Ingram also plays bass in the KC based band The Creepy Jingles. 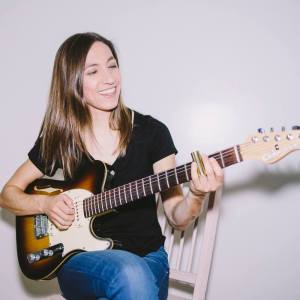 At 11:00 KC’s very own, Katy Guillen joins us to talk about the new 7-song EP from Katy Guillen & The Drive, featuring the creative spark and chemistry between Katy Guillen on guitar & vocals, and Stephanie Williams on drums. The two have sculpted a sound that recalls bands like Led Zeppelin, The Bangles, and Band of Skulls. In 2012, Guillen & Williams formed Katy Guillen and The Girls, and began to build a foundation of touring and recording that carried them through six years and produced three full-length albums. Between 2012 and 2018, they traveled the United States extensively, performed at the International Montreal Jazz Festival, toured Sweden, and supported major acts like The Doobie Brothers, Robin Trower, and Heartless Bastards. KG & The Drive push ahead with a melodic, heavy, and soulful sound while maintaining the edge of Katy Guillen’s rock ‘n’ roll and blues roots. Guillen calls their genre-bending style “indie soul-rock.” 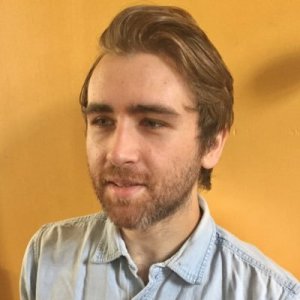 At 11:30 Kansas City based musician, singer, songwriter, Dylan Pyles plays live in our 90.1 FM Studios. Dylan Pyles is a music scholar, record buyer at Mills Record Company, and manager of Wise Blood Books in Westport. Dylan Pyles just released his new 15-track album, “Evil Music for an Ugly World” on February 21, 2020. This is the follow up to his 20-track album, “Popular Songs for the Heart,” released September 20, 2019. Dylan also released the 6-song EP, “Solo Acoustic Guitar Vol. 1,” on September 20, 2019. In December 2018 Dylan Pyles released the 19-track, experimental release, “You Have a Problem but You Are Not a Problem.” More info at: http://www.dylanpyles.bandcamp.com.