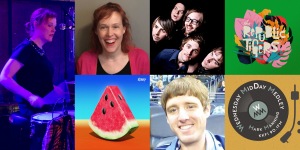 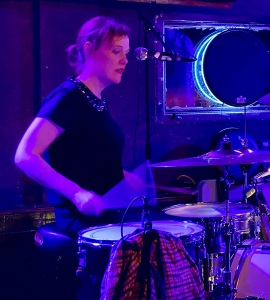 At 10:30 Nan Turner talks about her new single “Desert Nites” from Nan & the One Nite Stands. Nan writes: “I learned about existentialism at a young age. My Dad was a Philosophy Professor. Waiting for Godot and Archibald MacLeish’s J.B. were in my ballet bag for years. My mother and stepfather are libertarian folk that went to church, shot guns, and sold Amway. I’m not saying this song is about any of that, but it’s also NOT NOT about that. Recorded by Mark “Dragon” Ospovat in Brooklyn, with additional recording, mixing and production by Chase Horseman in Kansas City. Nan Turner is one half of the critically acclaimed band Schwervon! Nan has been called the “Lucy Ricardo of Indie Rock. More Info at: http://www.nanturner.bandcamp.com 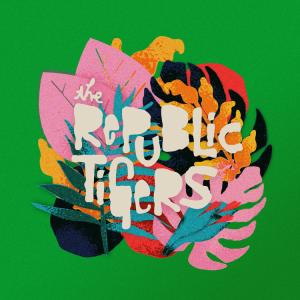 At 11:00 Mark talks with Kenn Jankowski lead singer & founder of The Republic Tigers. Jankowski moved to KC in 1999 and began playing in The People. This band changed their name to The Golden Republic and were signed to Astralwerks Records. When The Golden Republic disbanded, Kenn launched his pop-based project with two KC multi-instrumentalists Ryan Pinkston & Adam McGill. Taking their name from Jankowski’s high school mascot, The Republic Tigers expanded their lineup with bassist Marc Pepperman & drummer Justin Tricomi. They released a self-titled EP in 2007 before releasing their debut full length album, Keep Color in 2008. They played The Late Show With David Letterman. In 2011 they released the EP “No Land’s Man” featuring the single “The Infidel.” The band’s second full length album, “Mind Over Matter” written from 2008 to 2011, and mixed & mastered in the 2012, was then shelved by the band’s label. Now 8 years later “Mind Over Matter” will be released by The Record Machine on June 5, 2020.

At 11:30 Konnor Ervin joins us to talk about his new solo project and album Koney. Konnor Ervin is part of the Shy Boys who’ve released two full-length albums and multiple singles. Before Shy Boys, Konnor was the founder of the critically acclaimed band The ACBs who released their self titled debut album in 2007, followed by Stona Rosa in 2011, and Little Leaves in 2013. Konnor’s work on what might have been The ACBs fourth full-length album, got held up, but now seven years later it’s seeing the light of day under the name Koney, Konnor’s nickname from Shy Boy’s band mates.